Even though I have been venting bout this issue for a while now in my social media outlets and to anyone who has been in a conversation with me, I thought it best to write some thoughts down in ze blawg. If you feel that the recent events have been vented about enough in the media, read no further.
Indeed, it turns out that hatred, intolerance, misogynism and bigotry are the hip way to go nowadays, regardless of country, region or continent. I recently read an article in The Huffington Post which suggested that the recent events are showing signs of a cyclic behavior of mankind's self-destruction and it is hard to disagree with such statements, even if the scenario provided here is not something that would come to be. I do not want to rant about president-elect Trump here as it is being done enough elsewhere. Both candidates have their flaws (which probably is a large reason for this result) as do both parties. The fact that Republicans won pretty much everything else on top of the presidency is what is unnerving me. I am not an American but a country that has a significant impact on the economy, world peace and a lot of other things is now ran by a backwards conservative party lead by a misogynistic clown who would make the Joker jealous - might literally set the country back decades in terms of basic human rights (among other things) not to mention these effects rippling through to the rest of the world. It is depressing, or as one fine president-elect once said "Sad."
It would be unfair to say that everyone who voted for him, voted for him for the reasons I listed above though. As a matter of fact, many probably voted him despite those qualities which should be equally concerning to people. There are quite a few ways to describe the colossal mistakes that were made that eventually lead to this outcome (which are rather well covered by people smarter than me in this regard).

That being said, the global scale of populist victories should also be alarming to people, yet the vast majority (as was proven in the dark year of 2016 upon which the historians will look and laugh or cry (or both), assuming everyone's not dead yet) appears to be acting on emotion over rational thought. This has always been a problem of course, but it has been quite a while since it had the whole world go this crazy. By most metrics, conditions are better than before but people are increasingly unhappy. Economy's not doing super great but cutting down expenses at the cost of privileges just will not do and everything was better before and it is time FOR CHANGE!! It is rather tragicomic that the needed change generates resistance that manifests in frustration that manifests in people wanting change in the system that is trying to apply the change the people need. Since, for the most part, this is unfounded - it is an easy source for populists to tap into as it is easy to promise change without any concrete promises on what that means. Coated with nostalgia of how things were better before as human mind tends to alleviate the pain from negative memories over time - which is a sort of built-in survival mechanism of the human brain - and we have an unstoppable force driven by no meaningful meaning and an infinite amount of power originating from this seemingly paradoxical wheel of frustration.
It is a difficult nut to crack obviously. Humans are hardwired to care about their near vicinity and loved ones and we are not properly equipped to handle all the trouble in the world. I have never felt like this about foreign politics before and I can't say I like the feeling. One of the troublesome aspects of solving this issue is that people on the average seem (to me) to be concerned with the bigger picture only when the bigger picture is directly affecting them in a negative manner. Oftentimes, this is when the fecal matter has already collided with the blade of the fan and they are just getting some of the splash. 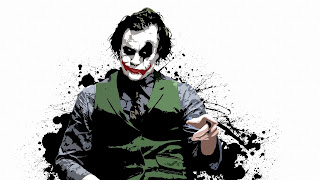 Supposedly though, not all is lost yet and we should simply see what is going to happen and keep up the good fight in the hope of the good guys winning in real life as they often do in movies. Having recovered from the initial shock, I at least have some hope now. Maybe.
at November 23, 2016 No comments: