My previous post concentrated on some basic recurring issues I tend to have but I noticed that despite writing these out, some of them keep resurfacing. In order to expedite my learning process, this time I will attempt to outline theory and methodology for approaching pieces and maintaining proper good habits; sort of a checklist if you may.

In order to formalize the approach to new pieces and to avoid pitfalls of my practice and in order to avoid too vexing initial analysis, the goal of these steps is to put in an hour or two of work before actually starting to work on a piece.

First and foremost, one should know what the piece is about. Might be good to look into the history of the piece a little bit too, but the main points to perform here are:

After numerous tougher passages in some pieces, most recently with Debussy, I've noticed that rhythmic issues come up pretty late in the process. Arguably rhythm is one of the most important things to get right and even more so in the beginning. This does not imply lack of expression or rubato but the basic understanding of the rhythm per hand in and hands in conjunction with each other. Thus, the first exercise is to go through the piece, passage by passage by performing the clapping exercise.

One of my earlier attempts at formalizing this process went to deep into the analysis part and would have basically required hours of preparation before touching the piano. While possibly beneficial, it just turned out to be too tedious to actually do so I never even properly tried... Great success!

Instead, the new approach goes through higher level harmony changes without necessarily attempting to perform proper roman numeral analysis on the chord progressions. While still greatly beneficial at some point, the attempt here is to help organize the piece in ones head to better chunks initially before starting to hammer away further practice and analysis.

Now, knowing the keys and time signatures, the rhythm and having a basic idea on how things should be shaped and articulated based on the high level analysis and initial look into the character of the piece, one can start to hammer away at hands separately phase.

While the steps outlined here are somewhat experimental, as I often notice that my HS practice does not properly incorporate dynamics and phrasing, my hope is to get more out of the initial phase of learning. Especially since I should, by now, have put in a decent amount of work as to how the hands should be playing on principle.
The actual length of one block does not have to be a bar, but can be a phrase, a page or the whole piece - but all steps need to be completed for both hands. One should gradually make the played sections longer in order to learn the full flow of the piece as well.

A lot of the previous practice focuses on individual phrases (or collection of phrases), but not necessarily a convincing performance of the whole piece. Polishing can take a long time but hopefully the previous steps have expedited the journey to this point and less time will need to be spent here.

I titled this post as "Economy of Motion" for the sole reason of writing a bit about that subject. It has, over time, dawned on me that playing fast passages is more and more smoke and mirrors in the sense that instead of individual notes, playing broken chords (or such) can be done with close to a singular hand motion, producing multiple sounds with the cost of one movement. Obviously this is not always the case, but many impressive sounding pieces can be played in such a fashion. In my personal experience, Doctor Gradus Ad Parnassum was one of those pieces and even though I did hit a sort of peak with that piece before reaching breakneck speeds, the notion stands.

I recently had consistent problems with rolling chords (arguably still do) and I was not quite sure why. In my practice, I generally could roll those chords with ease when done individually so the hand motion was not the issue but whenever playing those chords in context, I had trouble and was rushing to be able to play it in time.

After a while, my teacher pointed out that the problems in such cases are often in the previous notes. Furthermore, in one particular passage he pointed out that the last note of one rolled chord would actually be held by the pedal so I could already make my way to the beginning of the next one in my left hand to be ready to play it when it is time.

In a couple of other scenarios, not involving rolled chords, I was basically staying idle with my left hand in the position where it had a rest and in another I was measuring up my overhand leap to arrive at the time it was time to play.

The solution in all cases, instead of being fast, was to be efficient. Move in position in good time and be prepared to play. Fundamentally this should always be the case, but the biggest realization for me was to look at the preceding notes of the problem notes. I tried to illustrate this point in a previous post as it was not the first time I realized this, but this time I think it will stick with me better. That is also why I drew up this new version of the illustration.

A lot more of my focus will go into being more efficient when learning and polishing pieces and figuring out how to handle those tricky passages. This is a part of the learning process as well as overall technique.

Next steps for me will be to delve deeper into the polishing phase of everything, since I feel I have fairly big gaps in there and polishing tends to take a long time. However, that's a topic for another time.
at March 23, 2019 No comments: 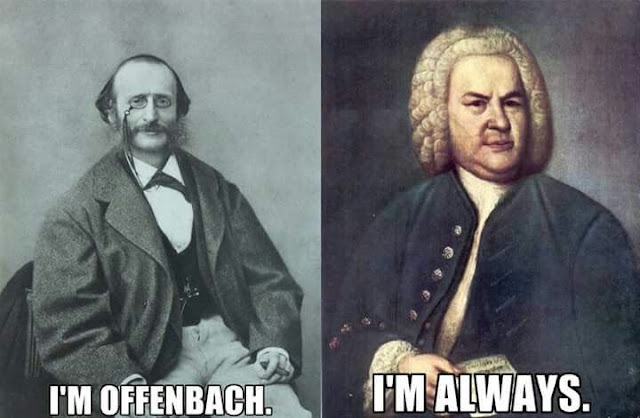 I have long since found that the times when one cannot access one's instrument are the times when one feels the biggest urge to do so. That, in itself, is not immensely valuable but channeling that enthusiasm into consuming resources and learning theory on the subject, whatever the subject happens to be, can be tremendously invigorating with the added bonus of taking some time off that can help reset some of the technique over and allows for a fresh approach.

In this case, however, I am obviously talking about piano practice but I think this applies to other crafts as well. As I had some time to reflect without access to my piano, I went through some of the notes and mental notes I had of my recurring mistakes. Some of them I'm getting better at and generally do well but sometimes - when tired, for example - I revert to forgetting everything I have ever learned and just struggling to play the correct notes.

Because of that, I figured it would make sense for me to document my most common recurring mistakes and tips I feel I should have framed on my wall as a reminder.

This is one tip has also been expressed as either "pulling on the keys" or "playing through the keys". It is the sort of cat-like assertion of force from the hand to the keys through the fingertips that helps to transfer the weight of the arm on to the keys. This cat-like motion makes for a solid crisp, singing touch on the keys and is perhaps the most common thing my fingers stop doing if I am not completely concentrated. That being said, I feel it is becoming more and more second nature for me, but I do occasionally revert to them bad ol' habits.

I still do not exactly know what the steps are to reaching the sort of eloquent "brushing" of the keys that is probably just the extremely refined version of how this can look - apparent in the technique of Master pianists. It is probably not something to worry about at this stage, though.

This is a part of the former I suppose, but playing with hand weight and movement with a loose wrist and active fingers is something that is easy to forget, especially if there are lot of fast notes - i.e. it is easy to revert to just trying to use fingers which often results in uneven and inconsistent results.

As for playing from the shoulders for the fortissimo parts, it can also become somewhat lazy. One can try to exert force from wrists, hands and fingers to try to compensate but having the force come from shoulders and proper body weight makes it less tense and requires less effort as a whole... and generally sounds better I suppose.

This is something that I think I still need more practice on in getting it to my head properly. The idea here is to be at the keys before you need to play them as illustrated by this image.

The idea here is to make the conscious effort to perform the movement required to transition to the new position prior to the actual need to play the key. Obviously things like finger legato are not necessarily possible on such occasions, but for passages with jumps, it makes it possible to have the level of control required to play it properly.

For faster passages, the amount of time the movement takes might be shorter or virtually non-existent, but having the separation of movement and playing in the mind helps. When moving from slow practice to performance tempo, this delay on arriving early can gradually become shorter and shorter up to a nearly non-existent break between them, but the mental compartments remain.

Shaping is one of the first casualties of being rusty. The playing easily becomes mechanical because playing the correct notes takes up all the concentration, thus rendering the performance (using the widest definition of the word here) flat. For the most part, the biggest dynamics are still there generally; i.e. ff is still played louder but for individual phrases and sections, the overall dynamics are often missing or flat. This also applies to articulation although that rarely goes away completely.

Most, if not all, of the above mistakes are also present when playing tired. The concentration at these times is spent (if present) on correct notes, often failing at that. Whilst not necessarily a mistake in itself, it is worth noting that being tired has a similar effect to not having practiced for a while.

I guess that summarized most of my common technical errors; there are a few that I slack on conceptually and that seems like periodical behavior. An example would be the fact that I do occasionally stop thinking about the music's intent and just go on autopilot trying to play the correct notes. The play becomes mechanical, uninteresting and absent thought, rendering the practice ineffective (or at least sub-optimal) in the first place.
at February 10, 2019 No comments: